Before I was mystic, I was just mystified 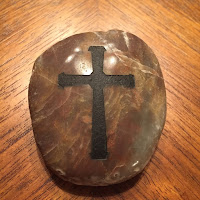 That's what I said in my sermon a few weeks ago. That's not the beginning of the story.

One Sunday of 2005, in the Mystics, Cynics, and Pilgrims Sunday School Class of Covenant Baptist Church of Garden Ridge, Texas, I asked God to make me a prophet. That's not it either.

When I was a little girl, I climbed the biggest oak on the highest hill around in Keeling, Tennessee.
That'll do for a start.

From my perch in the tree on two limbs which made a couch, I could see the little Baptist church, just a few feet away, where I learned hymns, did Bible drills, and walked the aisle. I wanted to be a preacher there. Girls are missionaries, maybe to China. I prayed on that hill, mostly that my daddy wouldn't kill us. Answered prayer, but it was close a few times.

I liked being alone, didn't seek out playmates too much. Aspergers. INFJ. Enneagram One-Wing-Nine. It's a wonder I didn't stay up the tree. I would have made a good crazy hermit prophet.

I did come down and grew up and got out of Tennessee and even the United States, met a man I could imagine marrying, married him, had a daughter with him, followed him all over and to Texas, found a Baptist church where girls could be preachers, got several degrees, started writing, and it came to pass that my body broke down in a profound way.

One week, I was power-walking, the next week, my knees were aspiring to the size of a personal watermelon. My arms wouldn't obey commands. Limbs refused to bend at the normally-bendy places. Pain made a mockery of any scale or description. I couldn't climb on a toilet without assistance.

I was laid low.

Autoimmune disease. Rheumatoid Arthritis. In an autoimmune disease, your body attacks itself. The rheumatoid variety attacks any system, organ, nook, or cranny, leaving most wreckage in the joints. Simply put, my immune system is trying to kill me. Oh, and opioids, the gold standard for scale-mocking pain don't work with RA.

So, I did what people with control issues do when everything goes out of their control. I started reading. Ok, that's what I do anyway.

So I tried freezes, heating pads, moist heat, exercise, rest, all the medications the doctors recommended, and I was still left with, to copy my British ancestors' penchant for understatement, a fair bit of pain.

So I tried visualization. I would talk myself out of pain, I thought. Nerves send the messages to your head, so I would try to disrupt the comm lines.

Visualize:  I told myself I was walking into a dark hallway, opening a massive carved door. I walked into a library, my favorite venue. There were books up past where I could see, different levels of the floor, heavy fabrics on tall windows which showed a dark night with rain, a roaring fire in a person-sized fireplace, and large cushioned couches, chairs, and lounges. I laid down on a chaise lounge which was soft and supportive at the same time. It cushioned and caressed my body. [pain still struck ankle or elbow] I created a dog. Everything I felt in my body was just the gentle lick of a large furry dog of indeterminate breed. I watched the flames and heard the crackles of burning logs. The scale of everything was larger than life to dwarf the signals coming into my brain. [ache in the shoulder, neck] The rain sounded on the window. I let my breath slow to match the drum of the rain. Every breath in was on a mission to salve the body. Every breath out released the tension and pain. I kept at it. Minutes passed. An hour. Everything blurred into the room and the fire and the dog and the cushions. Any time the pain intruded, I rubbed the dog's head. I assured myself that the answers to any question were in my library.

It worked more than anything else because nothing else worked at all.

I meditated to keep myself sane in the face of the pain, creating a place where I could give alternatives to reality. I calmed my tense body, allowing whatever natural pain relief I possessed to work. I used meditation to help me sleep, to sooth me. I breathed deeply any time I felt tense. Soon, I craved the calm and the peace.

The whole time I thought I was doing one thing, God was doing something else.

It turns out that my library was right next door to a chapel. While I was meditating, my soul was praying contemplative prayers. The one melded into the other.

Meditation had opened a new doorway I hadn't planned. Control wasn't an issue any more. All of God felt all around and in me. I felt connected to everything.

And I couldn't, for all my love of words and writing, explain any of it to anyone.

I passed into a new time, a search for a way to explain what had happened and then to do just that. 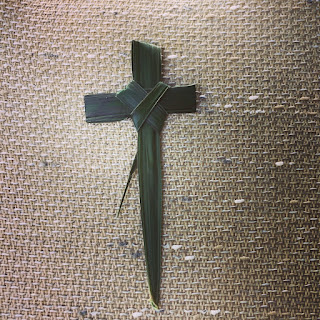 How to make those little crosses from Palm Sunday Palms 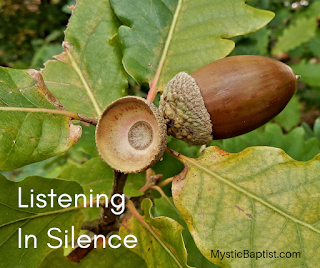 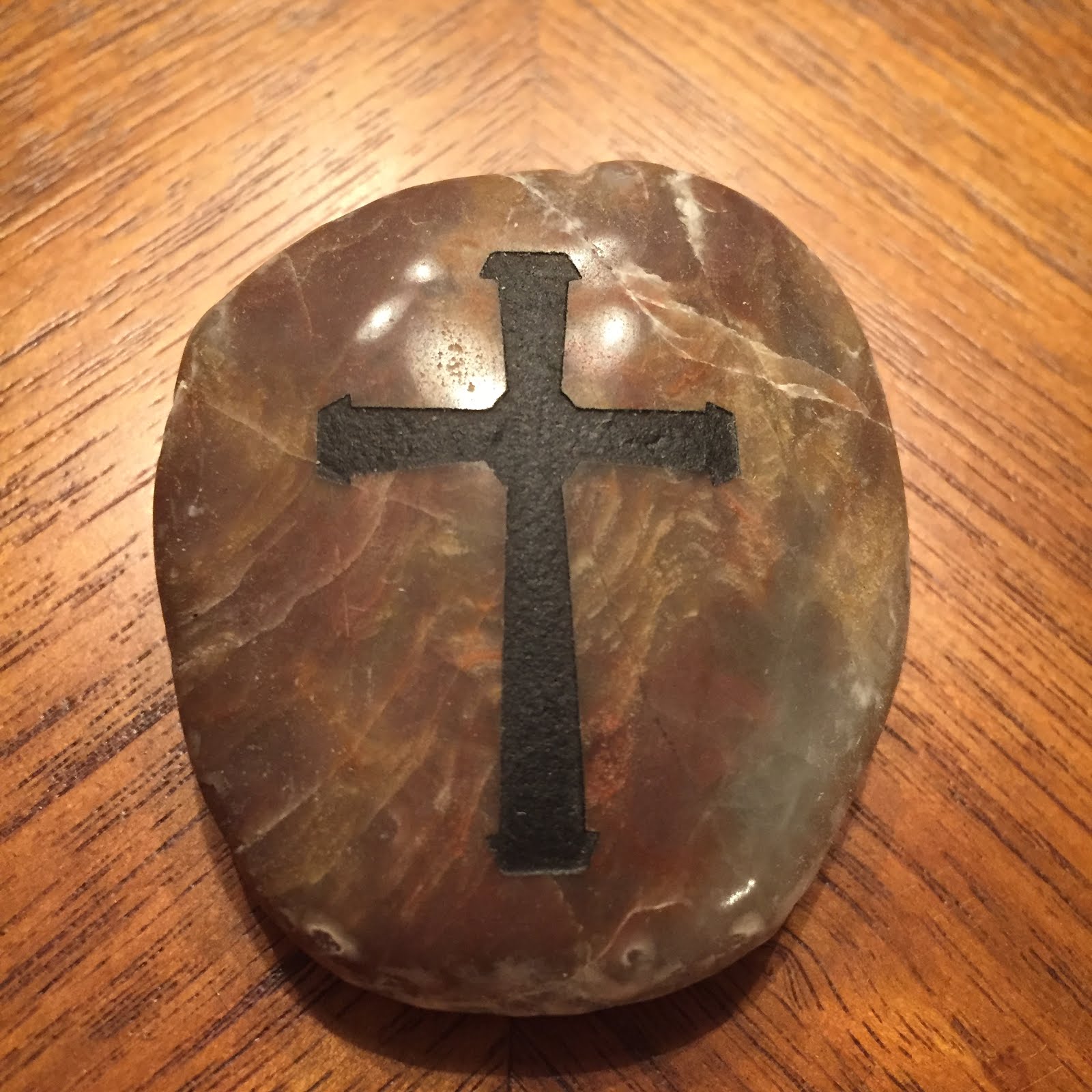 Cyn Huddleston
Who knew this was going to happen?